I recently spent some time experimenting with a really cool tool found only in the VCSA (vCenter Server Appliance) called vcsim, short for vCenter Simulator. I initially noticed vcsim during some of my early beta testing of vSphere 5.1 and during this period it is not uncommon to find various utilities and debugging tools used by developers and QE for testing. At the time, I was more focused on usability issues and reporting bugs with the product and I did not think much of this vcsim. It was only until recently, after talking to Mr. Not Supported aka Randy Keener, did I look into vcsim again as it appears to have been included in the GA (generally available) build of the VCSA 5.1 which I had not expected. 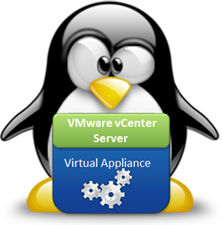 Disclaimer: This is not officially supported by VMware, use at your own risk.

--> Please see the rest on the blog : http://www.virtuallyghetto.com/2012/12/vcenter-server-simulator.html